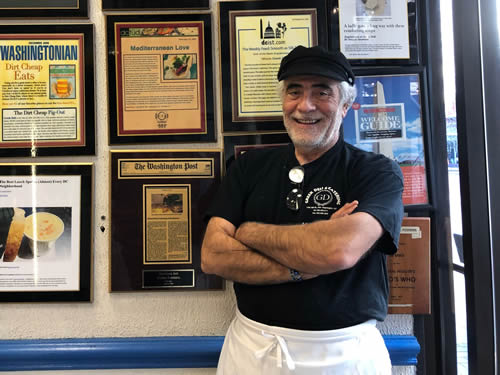 For nearly three decades, Greek Deli has been an institution in the Golden Triangle neighborhood serving a small menu of fresh Greek favorites to lines of customers each day. Owner and chef Kostas Fostieris came to the DC-area from Greece in the 1970s and began working at his father-in-law’s restaurant, Golden Flame. He worked his way up from simple cleaning to cooking over an 8 year span. After making a name for himself, Kostas worked as a chef at Phoenix, a Greek restaurant in Virginia, before realizing he needed a change of pace. In 1990, he was offered the space at 1120 19th Street that Greek Deli still occupies today. At the end of another sold out day, Kostas put on his signature Greek fisherman’s hat and told us about how he got started feeding the city.

How did Greek Deli come to be what it is today?

What makes the restaurant special?

Greek Deli has been a DC mainstay for 29 years, what does the future hold? 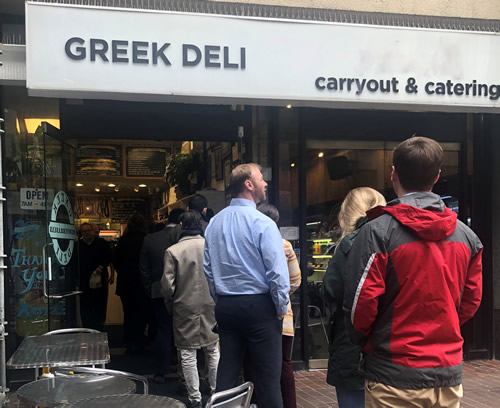